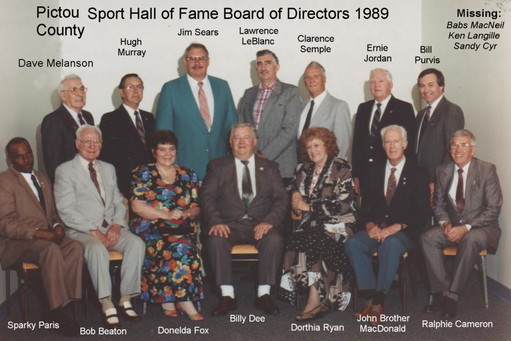 The Pictou County Sports Hall of Fame opened its doors in 1989 on Power Plant Road in Trenton.  Billy Dee and the newly-formed board of directors held their first meeting that same year.

The Hall became certified as a non-profit society, allowing them to issue tax-free receipts for monetary donations.

Artifacts have been, and still are being donated by Sports-minded citizens, families and individuals.  At the present time, we have approximately 3500 artifacts.

Induction ceremonies began in 1990 and have continued to the present time.  Circumstances caused some years to be missed during that period.